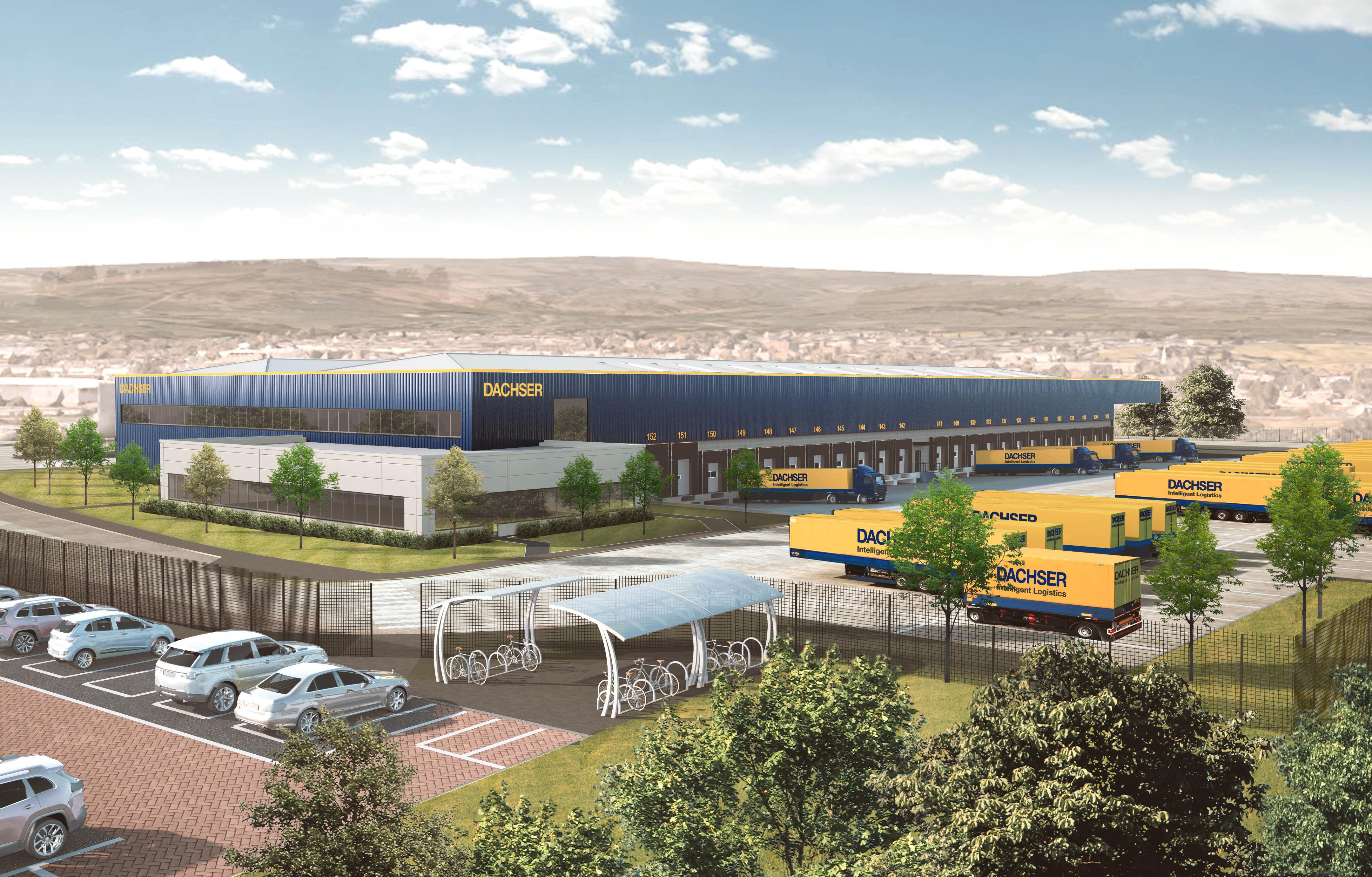 Dachser Ltd in the UK is to build a new 5,175 square metre logistics centre in Rochdale to replace its existing distribution facility. The development of the 3.7 hectare (9.2 acre) site represents EUR 16 million (GBP 14.4 million) investment by the company.
Since the acquisition of J. A. Leach Transport Limited in 2010, including the current site of Dachser operations in the North of England, business has grown fivefold, necessitating the warehouse expansion.
“Our significant investment is evidence of Dachser’s commitment to the UK market and our optimistic view on the future of both import and export trade with the rest of Europe,” commented Mark Rollinson, Managing Director Dachser UK.
According to Rollinson the new logistics centre is evidence of how Dachser has grown in the UK in tandem with its customers. “With the extended resource provided by this new facility we will satisfy the demands of our customers’ global integrated supply chains as well as a sustained increase in UK exports delivered through Dachser’s extensive European distribution network,” stated Rollinson,
Located on the Kingsway Business Park adjacent to the Trans-Pennine motorway, the M62 at junction 21, the new facility will have 49 dock loading doors and an additional four level access doors. There will be an internal area of nearly 7,000 square metres, including office space.
“The Rochdale Logistics Centre is connected to the global Dachser network with daily direct freight services,” explains Gary Atkinson, Branch Manager Dachser Rochdale. “With this new construction, our location in the North of England is evolving into an important hub within Dachser’s European network. Ensuring that the new facility remained within Rochdale was an important consideration in the interests of the company’s workforce; the location is also optimally situated from a logistics viewpoint on an important artery of the UK’s ‘Northern Powerhouse.” he continued.
Dachser UK currently employs a total of 448 people, 106 of whom are based in Rochdale where the company expects to create many jobs over the next five years.

This development has been supported by Rochdale Borough Council and developed by Wilson Bowden.

“This is another exciting development for Kingsway Business Park, one of the north’s most important business locations. Dachser’s choice of Kingsway as a hub for their North of England operations is testament to the success of the business park which has now attracted four major new occupiers in the last twelve months.

We worked with Dachser to ensure that their new facility at Kingsway was carefully designed to meet their bespoke requirements. Our main contractor Winvic is already on site and we will provide the company with a state of the art modern logistics facility to move into later this year.”

Councillor John Blundell, cabinet member for regeneration at Rochdale Borough Council, said:
“We are delighted that Dachser, which has grown its operations successfully in Rochdale over the last eight years, has chosen Kingsway for its new facility. This substantial investment by a global company cements Rochdale’s growing reputation as an ideal place to do businesses. It will also create many new jobs for local residents over the next five years. With many speculative builds recently let and 11 new small units coming on stream this spring, it’s clear that Kingsway, one of our many successful business parks, is thriving.”